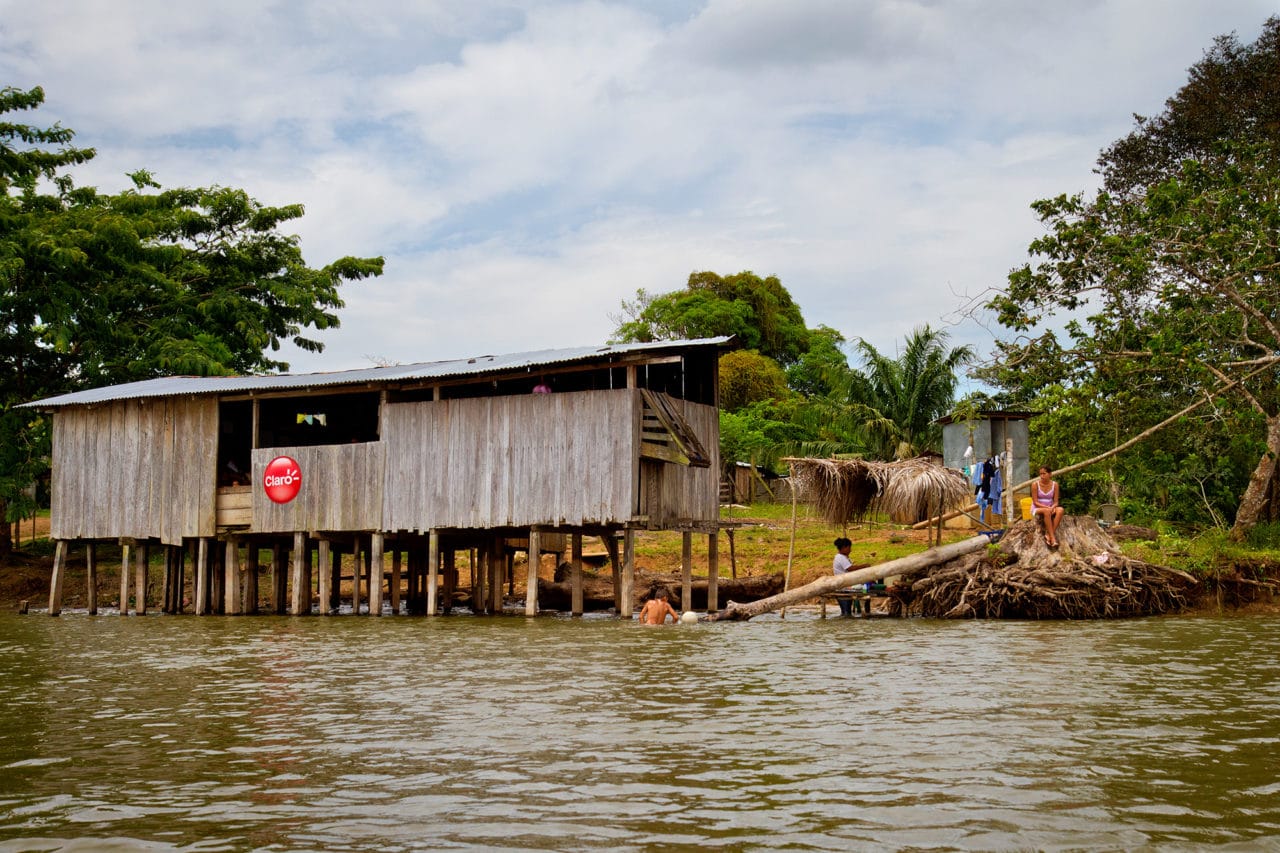 Swimming across a wide, fast-moving jungle river that’s home to crocodiles & aggressive freshwater sharks was not my idea.

This latest questionable undertaking was suggested by my new friend Jason, a local kid living in the tiny town of El Castillo on the banks of the Rio San Juan.

Suddenly we were floating faster and faster towards the rapids…

I had just embarked on a 3-hour boat trip down the river to check out the 17th-century Spanish fortress of El Castillo.

Our long fiberglass water taxi was packed full of about 30 people, most locals, and everyone’s bags were strapped to the roof of the craft.

Throughout the journey, we stopped at tiny little villages or individual homes to drop off people & supplies. The banks of the river were overgrown with the thick jungle that was home to all manner of monkeys, lizards, and birds. 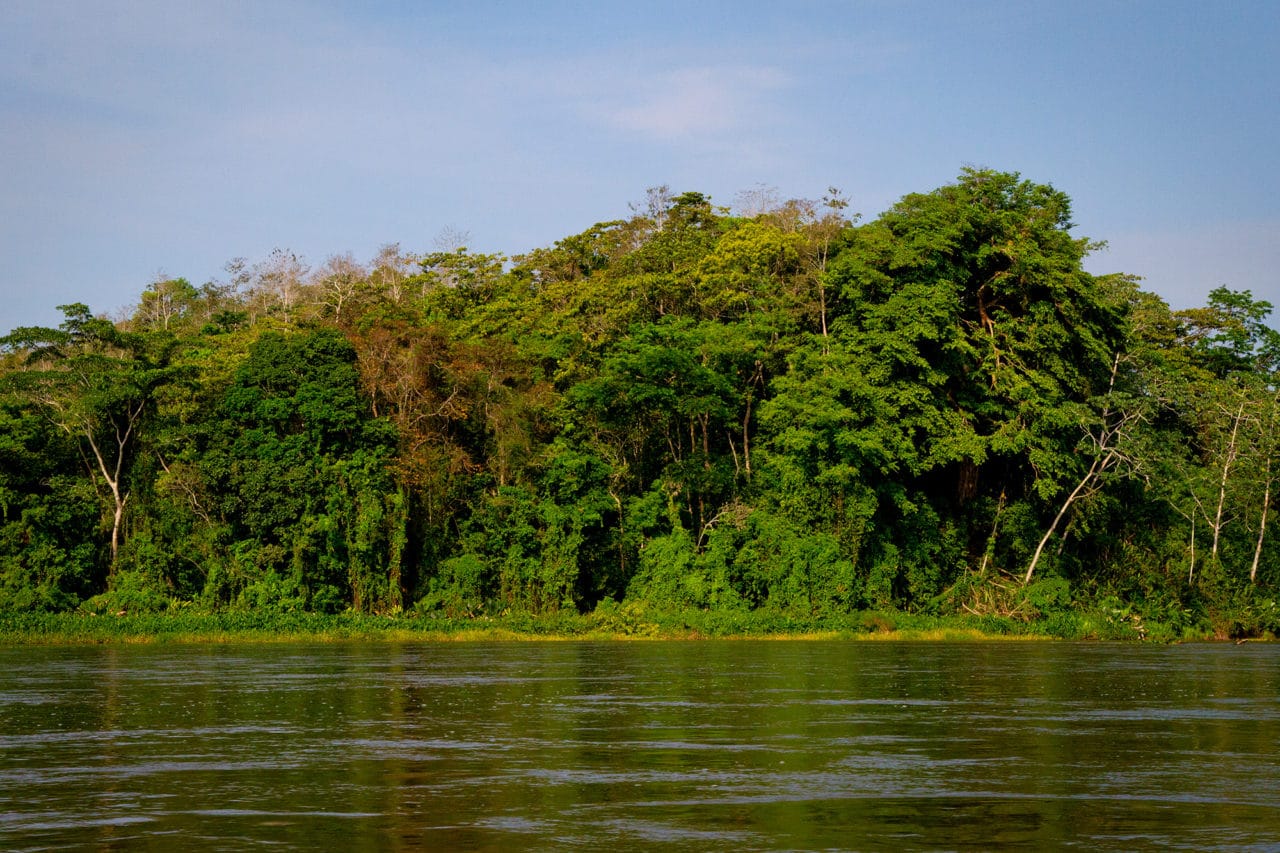 It’s an imposing structure to see looming over you as the boat rounds a bend in the river. The small colorful town (also called El Castillo) is underneath, protected by the fort.

Some of the most notorious pirates in the world (like Captain Henry Morgan) used to sail upriver from the Atlantic Ocean, into Lake Nicaragua, and on to the rich city of Granada to burn, rape, and plunder. The fort was created to defend against these attacks.

Many epic cannon battles were fought here at El Castillo.

I found a cheap guesthouse in town and was later pleasantly surprised to find there were not many travelers around. It was just me and a group of 5 backpackers from Europe in the whole village.

The heat was intense so we all decided to meet up and go for a swim in the river at the town docks. 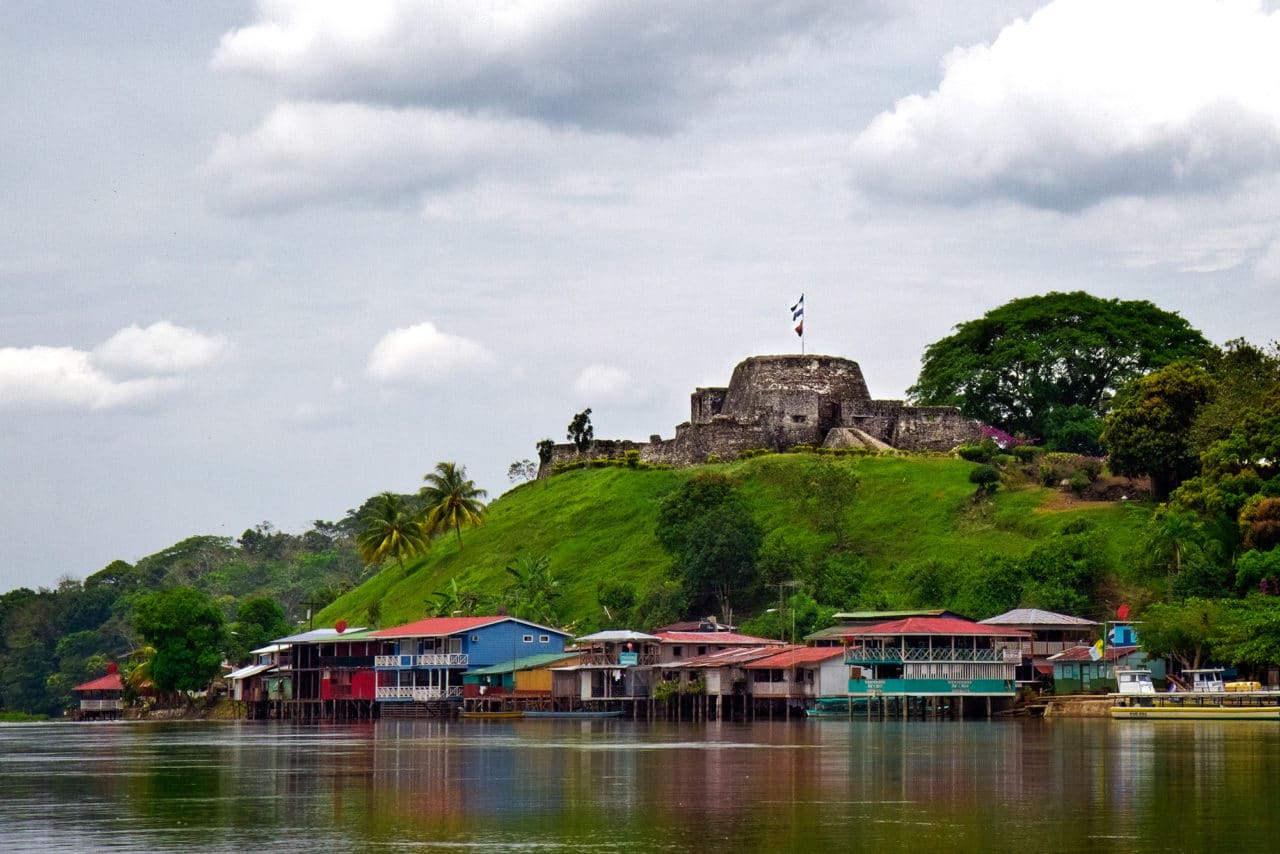 It was here where we met Jason. He was a 17-year-old local boy who was eager to show us around. His proposition? Swim across the wide, fast-moving river to the opposite bank.

I’ll admit I had been thinking about it myself, but I had heard that freshwater sharks and crocodiles also call this river home…

Jason said not to worry. He’s accomplished the feat many times, and was excited for us to join him.

Right below the fort is a section of rapids. To avoid floating into them during the swim, we would have to head upstream first.

This way we’d have enough time and distance to cross before getting dragged into the rocks.

But rather than walk up a road alongside the river, we “boat hopped” upstream. The skinny water-taxis are like 60 feet long. But because they have low profiles, you can grab the sides of them from the water.

So we proceeded to fight the current and swim from one craft up to the next, then swing like monkeys hand-over-hand along the edge of the boats and up the river. After doing this 6 or 7 times it was time for the big crossing.

Ultimately only 2 of us decided to make the journey with Jason (the rest had common sense). Me, and a guy named Lex from Holland.

The first part of the 150 meter swim was not bad. But once we got halfway out, the current kicked in big-time.

Suddenly we were floating faster and faster towards the rapids. All three of us started swimming hard for the opposite bank…

We ended up making it safely across. No shark bites, no crocodile attacks, all arms & legs intact. But it certainly wasn’t easy!

Jason took Lex and I to a farmhouse to rest for a while (it was badly needed). There we marveled at the most gigantic pig I have ever seen.

She was almost as tall as my chest and must have weighed at least 900 pounds!

I was actually kind of scared walking up to that fat porker, she seemed a bit unruly and unpredictable as she snorted & kicked in the mud. 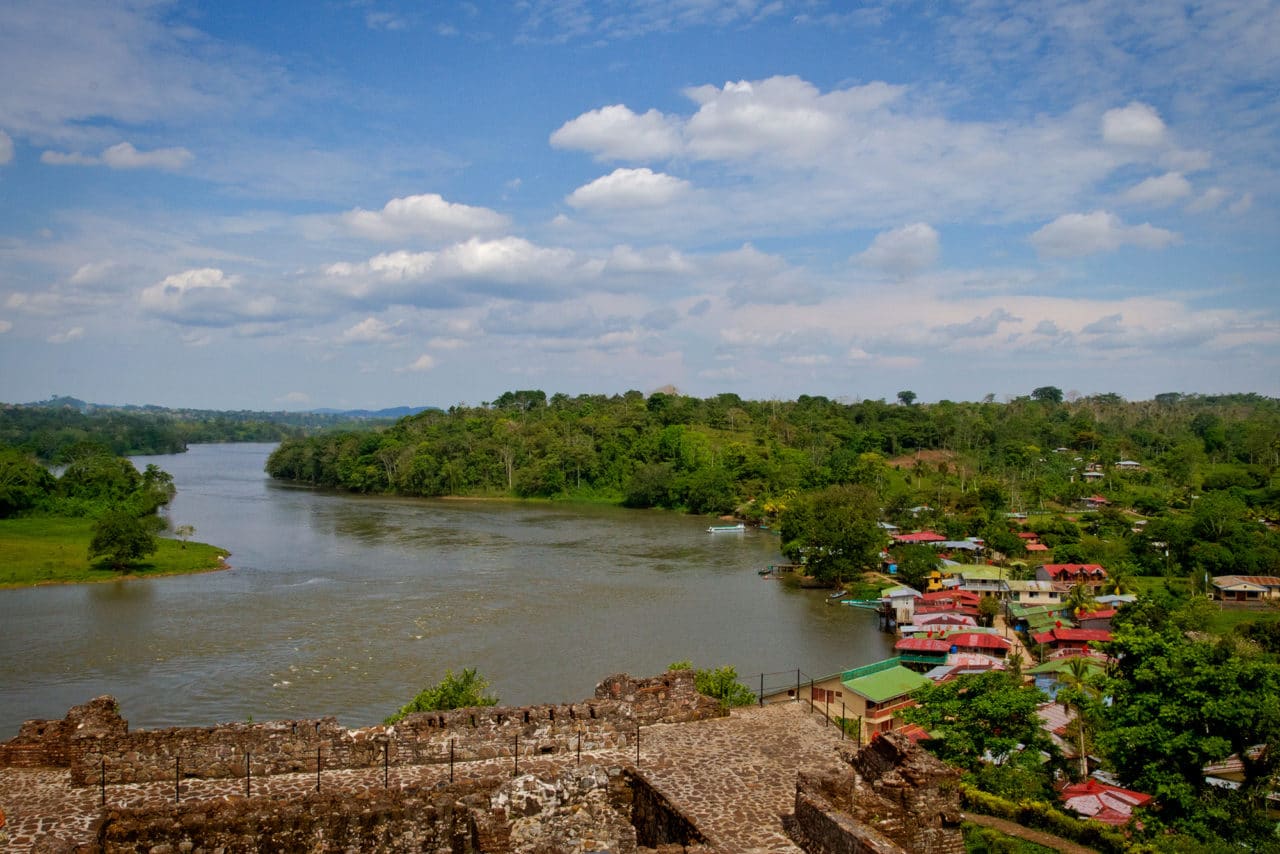 Finally after resting a bit, we went hiking barefoot behind the farm looking for Guaba bean trees. Jason climbed them barefoot and threw the giant seed pods down to us for a tasty snack.

After stealthily loading up our pockets with fruit, we retreated back across the fast-moving river to hand out our spoils to the others.

Stealing fruity treasures from the residents of El Castillo, I felt a bit like a river pirate myself.

It’s a good thing the cannons in the fortress don’t work anymore. :)

I hope you enjoyed my story about River Pirates & Freshwater Sharks in Mexico! Hopefully you found it useful. Here are a few more wanderlust-inducing articles that I recommend you read next: