Sweat drenched my shirt as I stumbled through pitch black darkness, groping at jagged glass-like walls for support while trying not to hit my head on the shrinking ceiling.

Earlier our group explored the desolate red landscape on top of the volcano at La Plaine des Sables, which looks very similar to NASA pictures I’ve seen of Mars. Bizarre rock formations in many hues of red laid out across rolling hills and craters in all directions.

The sudden change of scenery from lush green forests to red apocalyptic wasteland is quite shocking.

Reunion is a tiny French island off the East coast of Africa. The tip of a giant underwater volcano that rises 4000 meters from the bottom of the Indian Ocean. It’s one of the most active volcanic hot-spots in the world with over 150 recorded eruptions since the 17th century.

In fact the “peak of the furnace” erupted just a few days before we arrived.

However these particular lava tubes we were exploring are left over from an eruption in 2010. The lava cooled off and stopped flowing through them years ago, we weren’t in any danger.

The June 2014 eruption occurred on a different side of the volcano.

Kneepads and helmets are strapped on before following our Laventure guides over a hardened black lava field dotted with green plants. Volcanic soil is incredibly fertile due to the large amounts of iron, magnesium, potassium, and other minerals that it contains.

The entrance to the caves is through a small hole in the crust.

It looks a bit like a gaping mouth. We switch our headlamps on and climb down into the darkness.

Lava tubes are formed when ribbons of red hot lava drain from a volcano, the edges cool down and thicken into an insulating crust, creating a roof over the still-flowing lava.

Eventually the flow gets diverted or stops altogether, leaving tunnels.

Lava tube walls are very shiny, almost glass-like, reflecting the light of our headlamps. Frozen stalactites of lava drip from the ceiling to create “lavacicles” of different shapes and sizes.

The passageway is 8-10 feet wide, and 5-6 feet tall for much of the hour-long hike. However some sections are much smaller — making it necessary to crawl on your hands and knees.

Portions of the ceiling frequently erode and fall in, hence the importance of wearing a helmet while exploring these veins of the Earth. Brightly colored mineral deposits of iron & sulfur line the crumbled basalt in hues of red, orange, and yellow.

Occasionally you’ll find small holes leading up to the surface, the death-mask of a tree burned away by the lava leaving behind a hollow tube.

At one point we all turn off our headlamps and hold on to each other, attempting to move forward in total darkness. It’s clumsy and difficult, a few of us hit our heads on the ceiling.

It’s amazing to think about the ribbons of hot lava that flowed through these tubes only a few years ago. Volcanoes are much more than death & destruction, they also bring rebirth.

Coughing up minerals from the center of the Earth and creating new land mass on which plants & animals will eventually thrive.

Hiking deep through the volcanic lava tubes inside Piton de la Fournaise on Reunion Island was a fun learning experience. I have a deeper appreciation for what Mother Nature is capable of. ★ 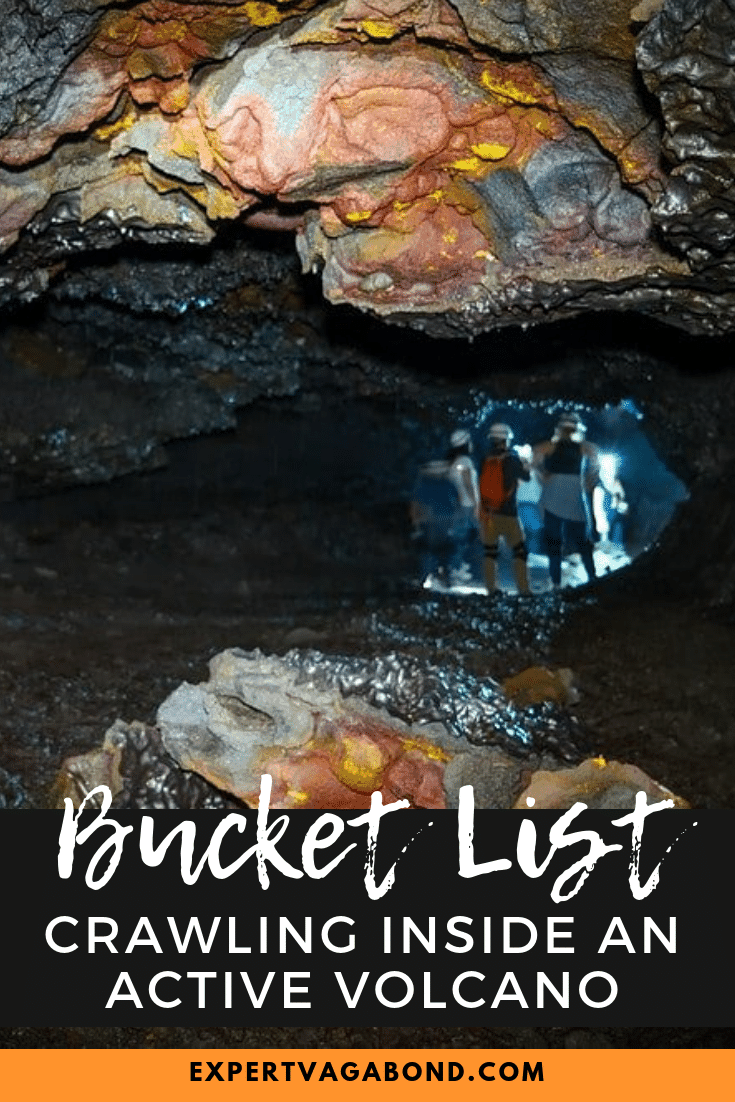 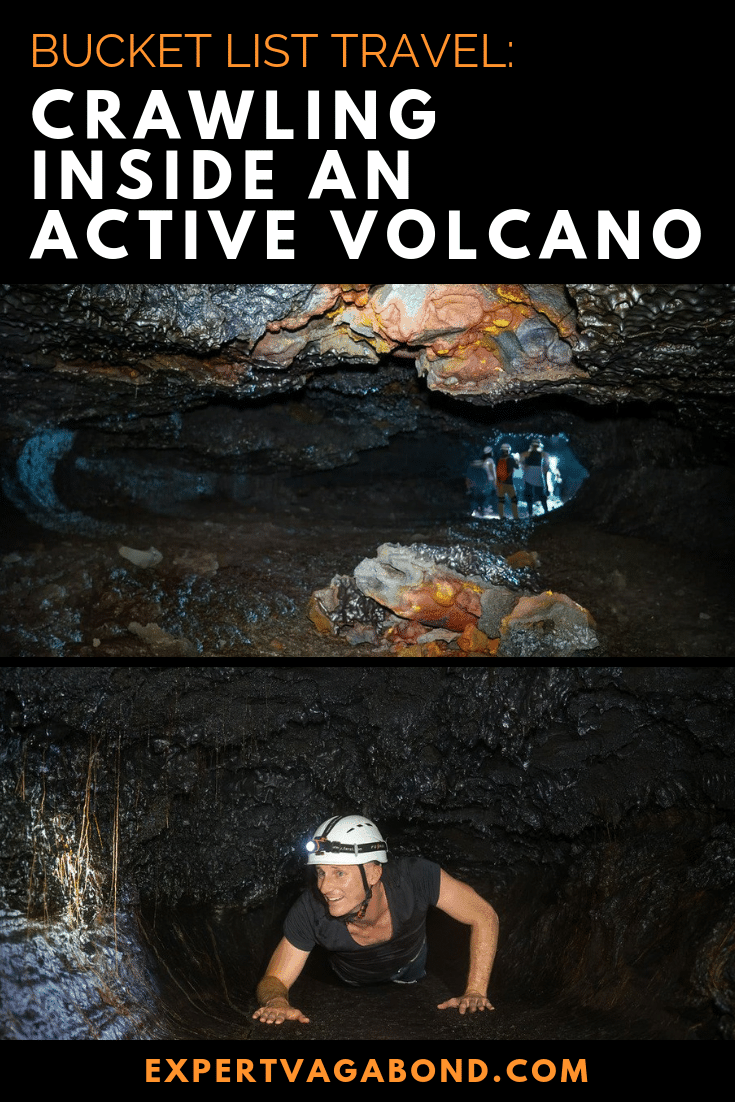 I hope you enjoyed my guide to crawling inside an active volcano! Hopefully you found it useful. Here are a few more wanderlust-inducing articles that I recommend you read next:

Are you as fascinated with volcanoes as I am? Ever seen one before? Share with us in the comments below!

#GoToReunion is made possible in partnership with iAmbassador and Reunion Island Tourism. As always, the content & opinions expressed here are entirely my own.

Home » Europe » France » Veins Of The Earth: Crawling Inside An Active Volcano