Calakmul is an ancient Maya ruined city located deep within a jungle biosphere on the Yucatan Peninsula. Here’s why it’s my favorite archeological site in Mexico!

Not many people make it down to the ruins of Calakmul compared to the other famous Mayan pyramids in Mexico like Chichen Itza or Tulum — mostly due to its very remote location near the border of Guatemala.

Calakmul is far away from any tourist cities, requiring a pretty long & dedicated trip out there to visit the site.

It’s a real hidden gem for those who wish to get off-the-beaten-path!

Located in the Mexican state of Campeche on the Yucatan Penninsula, the ruins are extensive and cover 2 square kilometers (0.77 sq mi).

Many sections have never been excavated, and because it only receives about a dozen visitors per day, it feels like a true “Indiana Jones” kind of experience.

In this travel guide, you’ll learn tips for visiting Calakmul, along with some interesting history about my favorite Mayan ruins in Mexico.

The ancient city of Calakmul is thought to have been populated with about 50,000 people. It was “re-discovered” and named by a biologist named Cyruss Lundell, who flew over the area in 1931.

Calakmul means “two adjacent mounds” in the Maya language — which makes sense as I’m sure the two main pyramids just looked like two mountains in the middle of a very flat jungle!

The city was the capital of a large regional state at the time. The Calakmul kingdom included 20 secondary cities such as La Muñeca, Naachtun, Sasilha, Oxpemul and Uxul. The population of the whole kingdom is estimated to be about 1.7 million people!

The equally large city of Tikal in what’s now Guatemala regularly fought with Calakmul — until Tikal won and took over in 700 AD. Eventually the city was abandoned and consumed by the jungle over hundreds of years.

Calakmul’s ruins and the surrounding jungle was declared a UNESCO World Heritage Site in 2002.

The ruins of Calakmul are open daily from 8am to 5pm. However remember that the drive to the ruins through the jungle takes over an hour from the nearest town.

There are a few different fees involved when visiting Calakmul. First, there is a highway toll of 40 pesos per person to use the 186 Highway which takes you to Calakmul.

Among the many interesting structures found there are two gigantic pyramids — called Structure 1 & Structure 2. Structure 1 is the second highest pyramid at Calakmul, reaching a height of 130 feet/40 meters.

One thing that makes Calakmul stand out from other sites is that you can actually climb these pyramids!

The steps of the pyramids are steep, and not very wide — maybe just the length of your foot. Some are narrower than that! You need to be careful climbing, and preferably not afraid of heights. Falling would be a disaster…

The most impressive building in Calakmul is called Structure 2. This pyramid was built up a number of times over centuries to reach a final height of around 150 feet/50 meters.

It is the highest and largest structure in the Maya world. Nine royal tombs have been found inside the pyramid, some containing rich artifacts like jade masks.

Calakmul has its own Maya Ball Court, where athletes put a rubber ball (representing the sun) into a small stone circle perched very high on a wall, without using their hands OR feet.

Some carvings suggest that the winning team’s captain was decapitated, which was a sign of honor. The ball game is over 3,500 years old, making it the first organized game in the history of sports.

Games were played to resolve arguments between rival cities or as an alternative to all-out war.

The Chiik Nahb Acropolis, or “Place of the Water Lilly” is an area to the North of the site. Climbing this Acropolis gives you an excellent view of Structure 2 for photos.

This complex is famous for incredible painted murals recently discovered inside.

Many great stelae can be found at this site too — large slabs of limestone that have been intricately carved with pictures and glyphs.

Unbelievably some of them still have their original color pigments showing! It’s crazy that the color has lasted so long…

The ruins of Calakmul are located inside the massive Calakmul Biosphere Reserve, encompassing 2,792 square miles of protected jungle.

The best time to see wildlife on the drive up to the ruins is early in the morning, or right before sunset in the late afternoon.

Calakmul is much more difficult to reach than other Mayan ruins in Mexico. I’ve visited 3-times now, once through a combination of bus, taxi, and bicycle. Plus twice more with a rental car (it’s much easier!)

The best site to book your car is Discover Cars. They search both local and international car rental companies to help you find the best possible price. This is the easiest way to rent a car in Mexico.

The closest town to Calakmul is a small city called Xpujil. There are buses that run from Campeche and Tulum to Xpujil via the Mexican ADO Bus Service.

Once in Xpujil, you can then hire an expensive taxi (the trip still takes an hour or so) to take you to the Calakmul ruins — they will wait while you explore for a few hours. 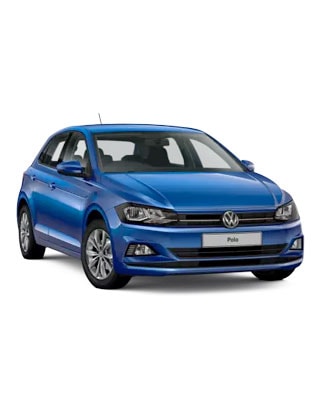 Rent A Car In Mexico

Search both local and international car rental companies to help you find a good deal.

Where To Stay Near Calakmul

Because Calakmul is basically in the middle of nowhere, you’re going to need to spend a night or two nearby. The closest towns are Xpujil and Chicana. Here are some suggestions for good places to stay during your trip to Calakmul…

Camping In The Calakmul Biosphere

If you’re up for an adventure, I highly recommend camping within the Calakmul Biosphere Reserve. There are a few campgrounds located inside, and you can even rent a tent if you don’t have your own. The place I’ve stayed during all my trips is called Campamento Yaax Che.

Just be aware that camping overnight in the jungle is a very LOUD experience! Walking around in the dark with howler monkeys screaming at you from the tree tops is something you’ll never forget…

I hope you enjoyed my guide to exploring the remote Calakmul Mayan Ruins! Hopefully you found it useful. Here are a few more wanderlust-inducing articles that I recommend you read next: