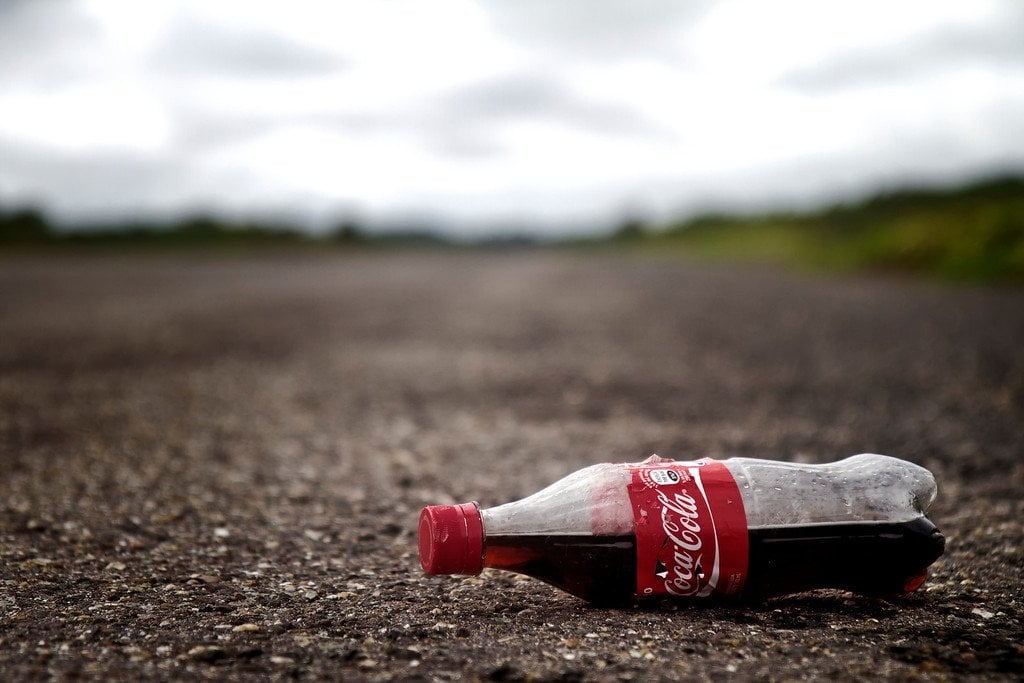 Incriminating Evidence on the Airstrip

In 2009 a cargo plane loaded with 1.7 tons of cocaine crashed on the Honduran island of Utila. A group of us decided to bushwhack through the jungle and find it.

Not wanting to embark on a mission like this alone, I recruited my new friends and fellow travelers Robert & Pookie, from Austria and Thailand, to help me with the quest.

We began our search at Utila’s desolate island airstrip, known as an occasional refueling station for Colombian cartel planes loaded with drugs.

Armed with some basic directions and a compass, we entered the wild Honduran jungle. Keeping an eye out for giant spiders & snakes as we pushed our way through its thick tropical foliage.

The ground was rocky, made of razor-sharp coral and covered with hermit crabs of all sizes. Some of these were even climbing trees with their little shells strapped to their backs! 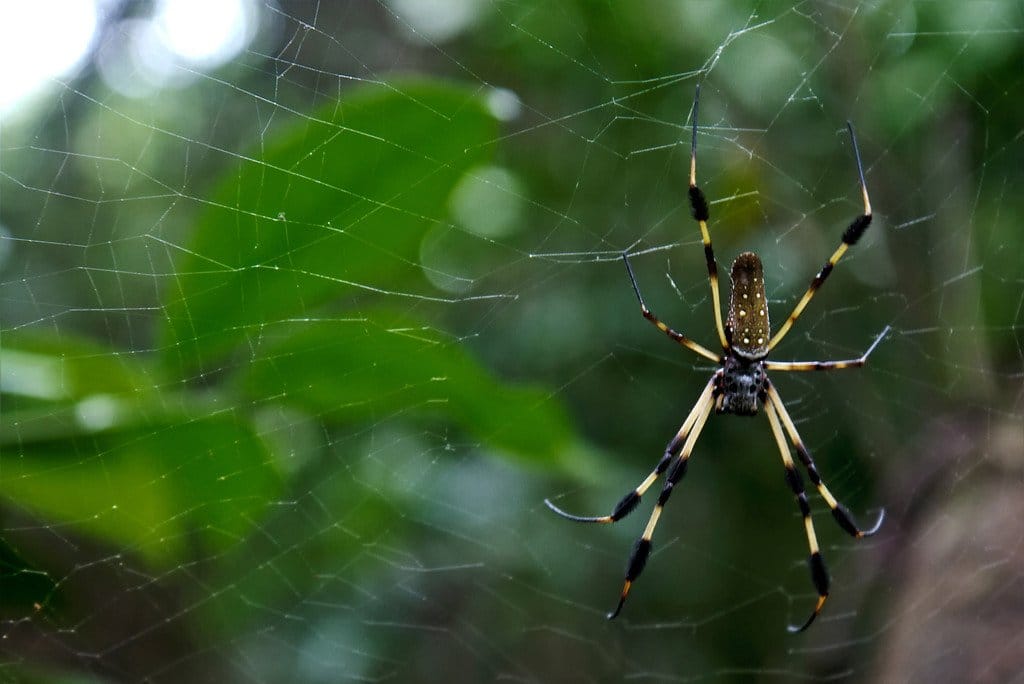 Jungle Spider the Size of Your Hand

Colombians In A Venezuelan Plane

So the backstory of the crash is that a Venezuelan flagged cargo plane was getting chased by an American DEA aircraft in the middle of the night.

Airplanes loaded with drugs would frequently land on the island of Utila’s remote airstrip under the cover of darkness to refuel for a final journey into other parts of Central America closer to the United States, like Guatemala or Mexico.

The Honduran military was ready for this particular plane though, having blocked the runway with trucks so it couldn’t land and refuel.

Eventually, the aircraft ran out of fuel in the air — crashing hard into the dense jungle nearby.

When the military reached the crash site, they found 3 Colombian men with 1.7 tons of cocaine in the airplane’s cargo hold.

The pilot was dead, and two other men were injured. The plane had broken up into 3 pieces – the rocky jungle floor didn’t make for such a smooth landing… 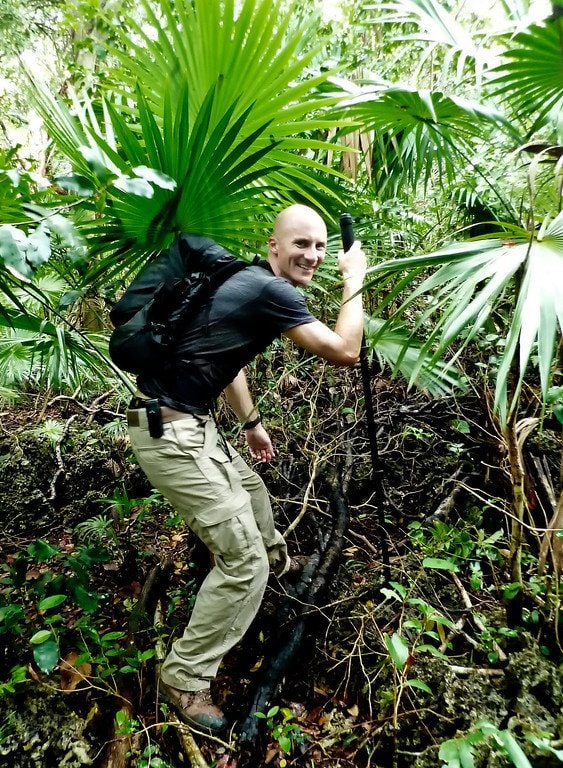 Our own search for this locally famous narco-trafficking plane was not looking good. After 3 long hours bushwhacking through an impenetrable tangle of vines & trees, we were almost ready to quit. It was hot, humid, and everyone was getting hungry.

Using our compass to determine which direction would lead us back out to the ocean, we decided to head North a bit first, so we wouldn’t backtrack the same way we arrived.

Was it possible we’d stumble upon the crash site while walking out?

Only 5 minutes into the trek back, we had our answer. I spied a large white form hidden behind the dense foliage. I couldn’t quite tell what we were looking at though…

But as we approached, the hidden object slowly revealed itself. 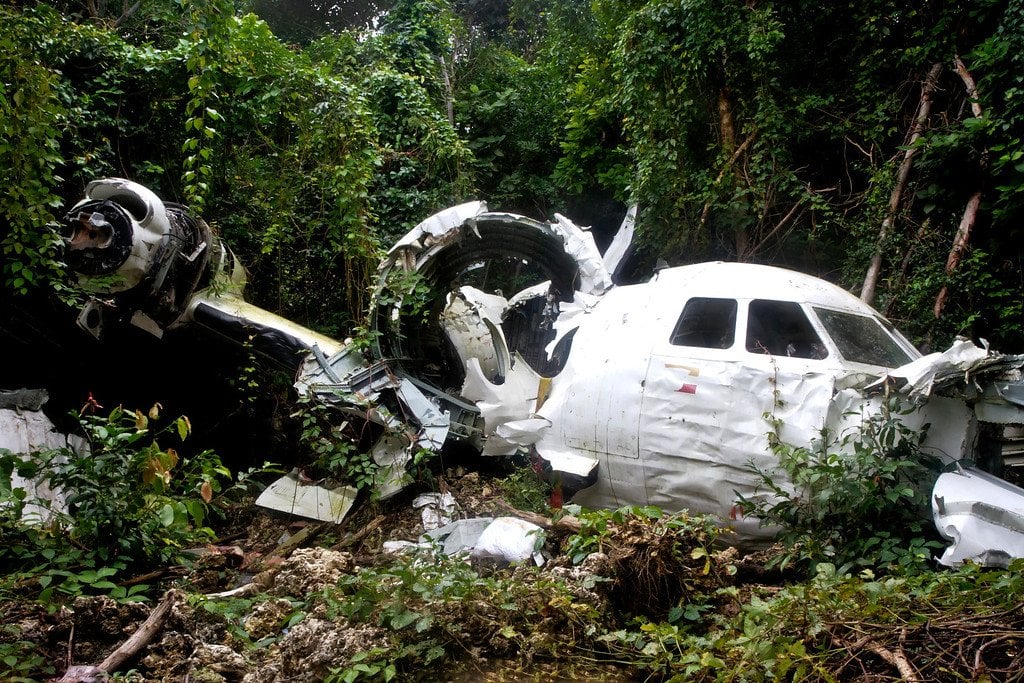 We found it!!! The drug plane was much larger than we’d expected. It was a twin engine Jetstream 30, and it had clear-cut a path through the jungle as it crashed, spinning around and facing the way it came in.

The aircraft was broken up into three main parts, with wreckage strewn all over the forest floor.

We were certain we’d found the correct plane when we discovered a stash of coke in the cargo hold! 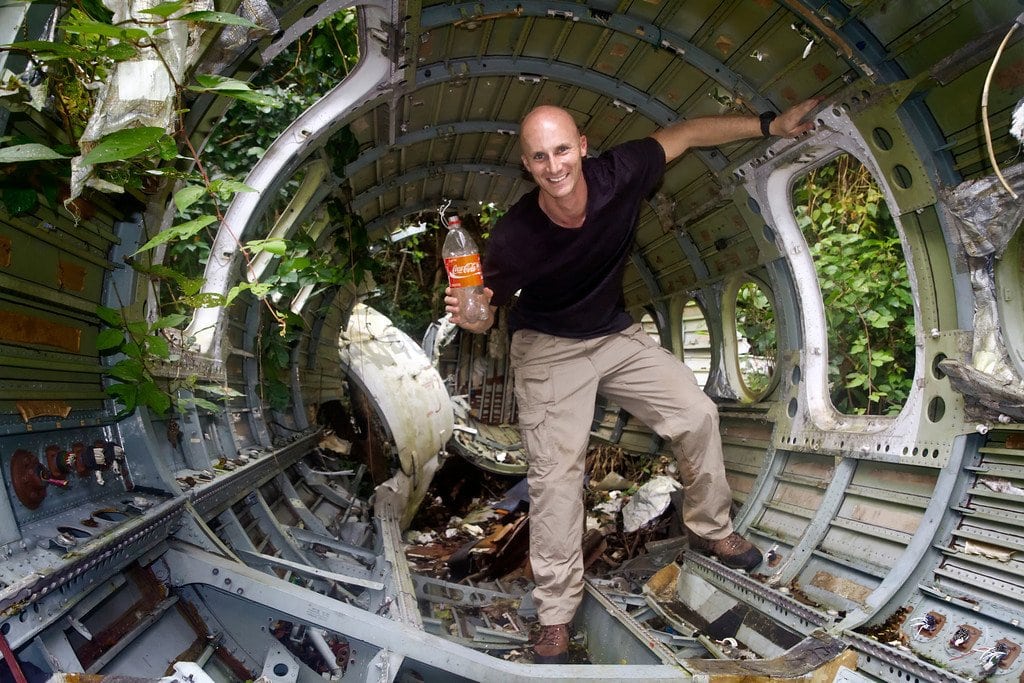 Finding Coke in the Cargo Hold

Lost In The Jungle

After inspecting the crash site for a while and posing for mandatory Colombian narco-trafficking aircraft photos, we hiked back out of the jungle getting lost a few times along the way.

It’s a good thing we brought a compass, or we’d be spending the night in there!

Finally breaking through the trees and making our way back to the local airport. As we strolled down the airstrip runway again, we spied a group of tourists at the tiny outdoor terminal, waiting for a plane to take them off the island. 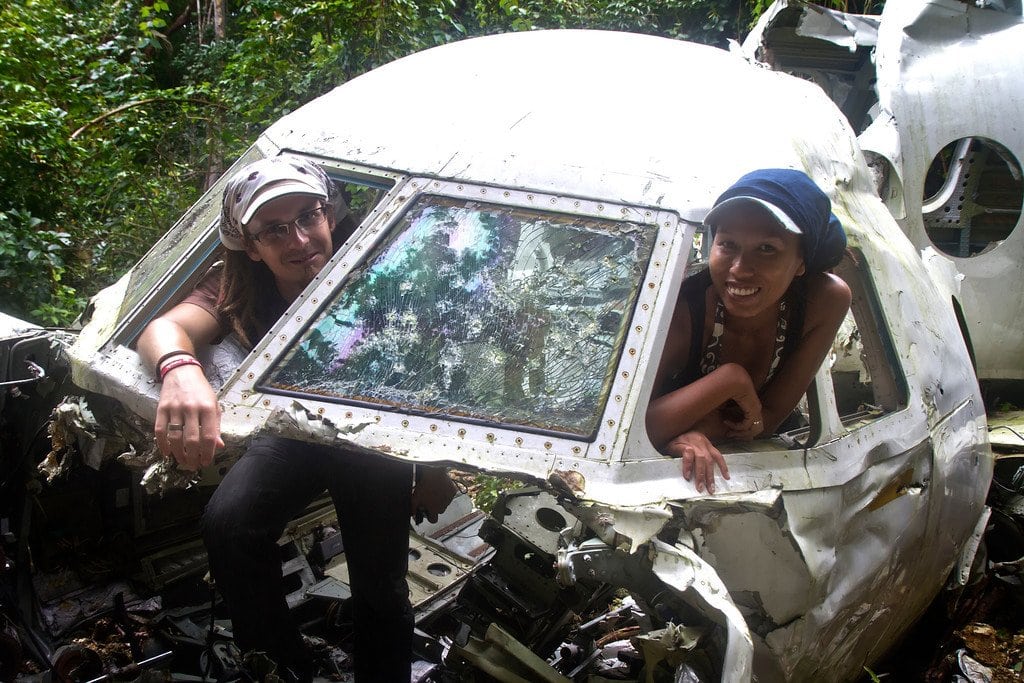 Robert & Pookie in the Cockpit 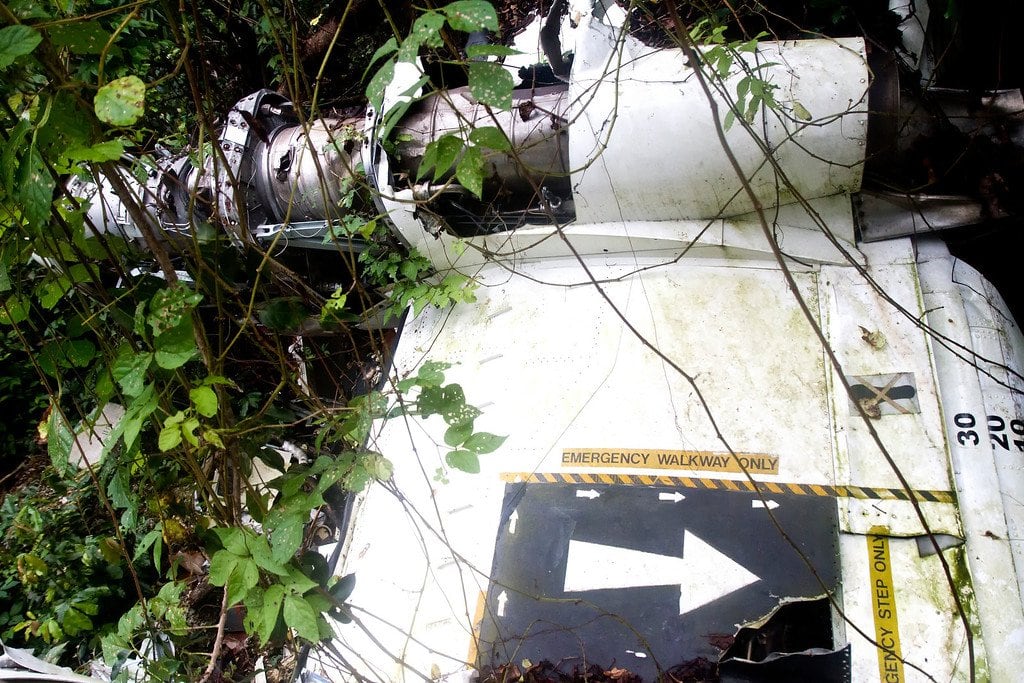 You should’ve seen everyone’s faces as the three of us, dirty and soaked in sweat, emerged from the jungle and walked across the runway towards them.

The heavily armed Honduran soldiers who I’d spoken with earlier just gave us a nod as we approached. I’m pretty sure I knew exactly what this group of airline passengers was thinking.

Who are these dirty hikers and what the hell are they doing in the jungle next to an airstrip?

Everyone was staring at us.

We didn’t say a word as we casually strolled past the group, deliberately increasing our mysteriousness in their minds.

The rumored Venezuelan drug kingpin responsible for the operation: Walid Makled aka “The Syrian”. ★

READ NEXT: Learning To SCUBA Dive On Utila

Here are some articles that I recommend you read next:

Are you afraid of giant spiders? Would you have searched for this airplane? Let me know in the comments below!