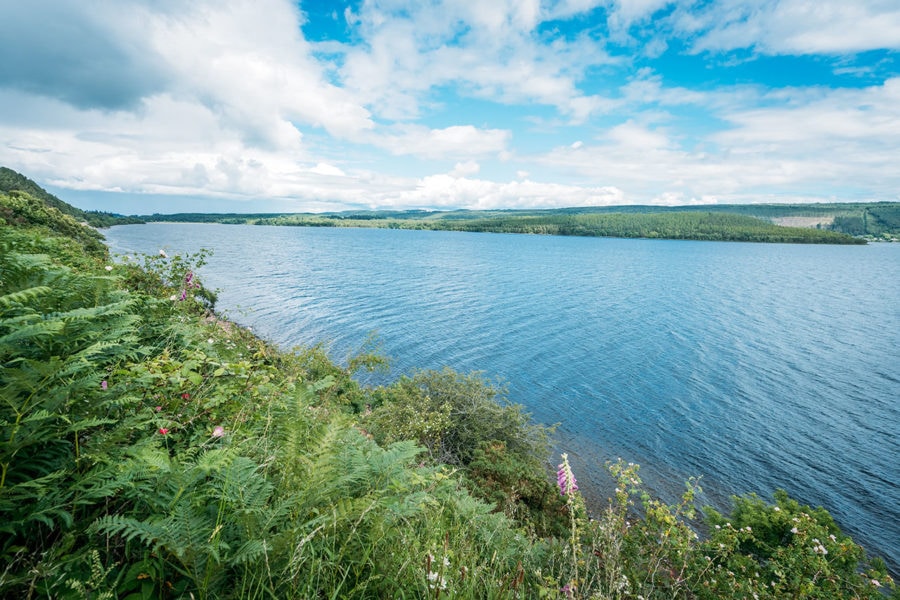 There in the distance! A massive long-necked beast slowly emerged from the black depths of Loch Ness. Could it be the legendary monster called Nessie?

Loch Ness is a big, cold, deep, and very murky lake in the heart of the Scottish Highlands that holds a secret.

For years locals and tourists have reported witnessing a large unidentified creature with a long neck swimming through the water.

The earliest report dates back to the 7th century…

They’ve affectionately named the creature Nessie. The Loch Ness Monster has been an international sensation ever since 1933 when George Spicer and his wife were driving along the loch heading home to London.

On the way, the couple almost ran into a huge, black long-necked creature making its way across the road and into the water. 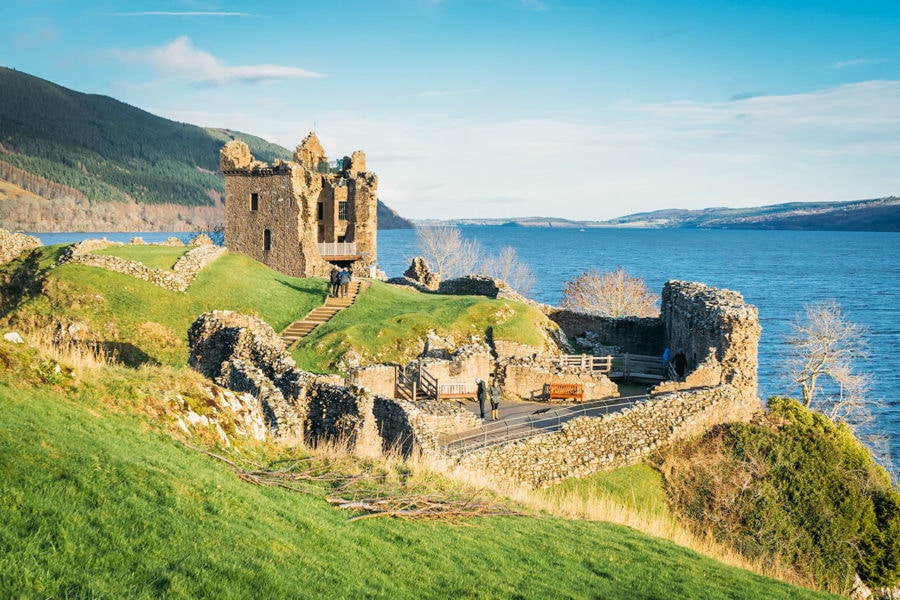 The Ruins of Urquhart Castle

The Loch Ness Monster: Is It Real?

Loch Ness is a whopping 22 miles long and 800 feet deep. In fact the loch holds more water than all other lakes in England, Scotland and Wales combined. So it’s pretty massive.

It’s also full of peat, a kind of decaying vegetation common in the highlands of Scotland. This means the water is incredibly murky with low visibility.

Could a pre-historic animal still be living in the loch?

We were about to find out. Joining me on the hunt was my friend and fellow travel blogger Juno from Runaway Juno. We would sail across the deepest part of Loch Ness towards the ancient ruins of Urquhart Castle. 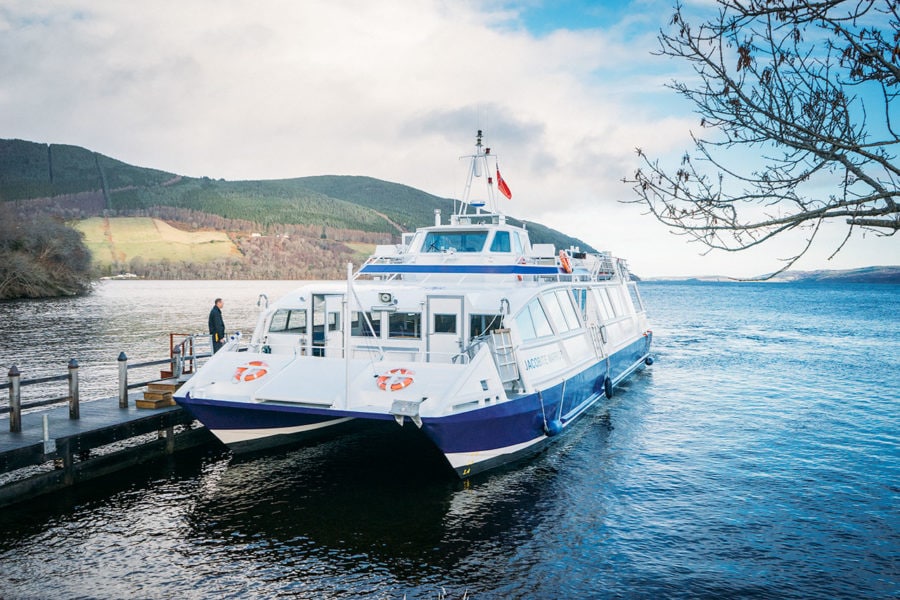 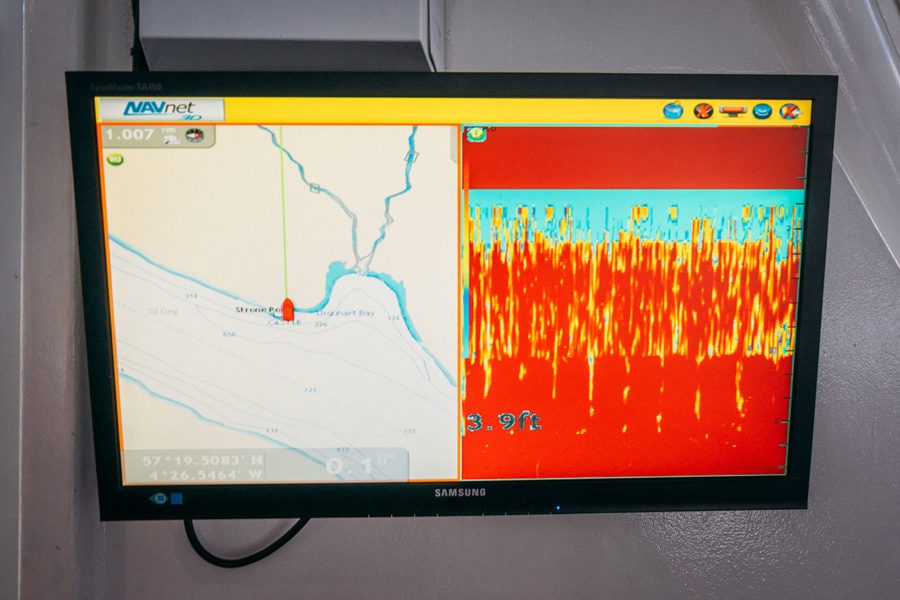 Tracking the Monster with Sonar

Many expensive projects have been launched over the years to hunt for the Loch Ness Monster. Some were sponsored by the likes of the Discovery Channel, the New York Times, BBC, Oxford University, and MIT.

High-tech GPS, sonar technology, and underwater photography is often used to search for Nessie with mixed results. There have been a few unexplainable sonar readings and underwater photos that seem to match up with the reported size of the beast (20-40 feet long).

Our own vessel, the Jacobite Warrior, was outfitted with advanced sonar imaging to scan the depths. Would we find anything on our expedition? 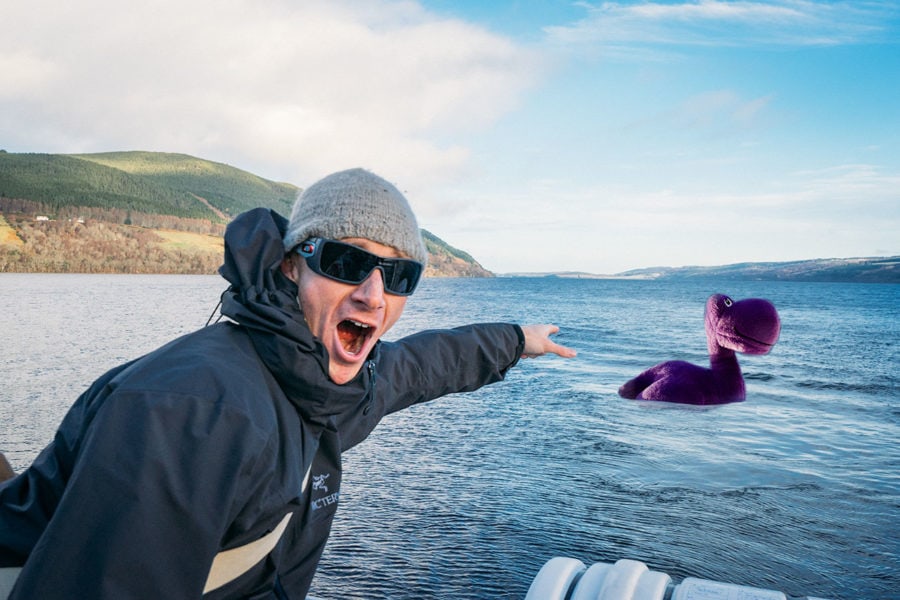 Nessie Spotted Off the Port Bow!

The wind was cold and powerful that morning, creating waves on the surface of the loch. But while pulling up to Urquart Castle, I noticed a series of ripples that seemed larger than the rest…

A dark-colored object was moving swiftly through the water.

Suddenly a long snake-like neck emerged from the loch, with what appeared to be a head at the top. It had a large hump trailing behind it. The clouds broke at just the right moment, allowing sunlight to shine down and reveal a hideous purple beast!

The creature glided across the water effortlessly for 30 seconds before quickly diving back into the lake without a trace. Luckily we managed to snap a photo of Nessie before she disappeared.

If you look carefully, I believe she’s smiling! 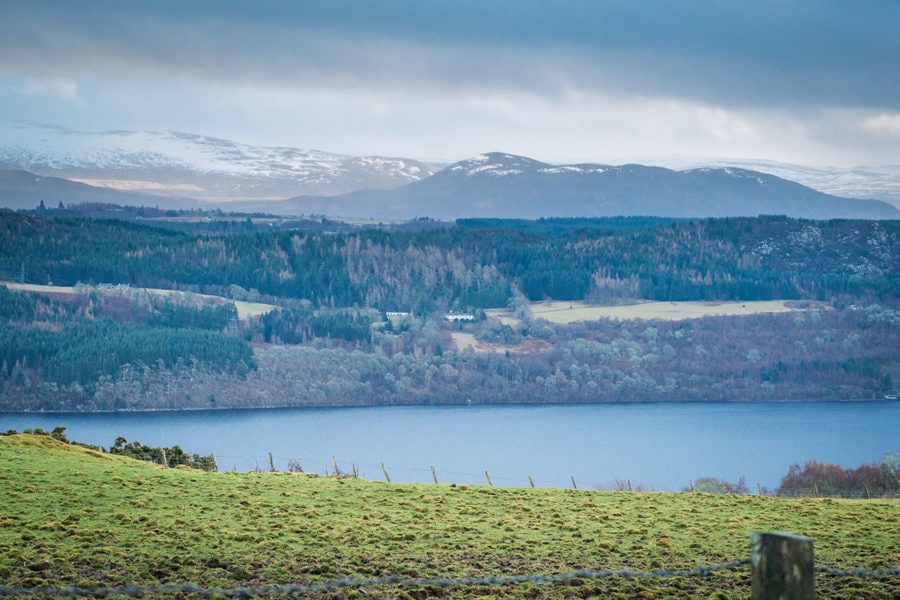 What Could it Be?

The Loch Ness Monster is a cryptid, a creature whose existence is suggested but hasn’t been scientifically proven yet. Other examples include the Yeti, Sasquatch, and Chupacabra.

Some people believe Nessie is a plesiosaur, a type of dinosaur who’s survived to modern times by living isolated from the sea in Loch Ness.

Another theory is that magician and occultist Aliester Crowley created the beast while attempting to summon evil spirits at his house on the edge of the lake in the early 1900’s. I met a local woman who prefers this explanation.

Whatever Nessie is, I now have the best photographic proof of her existence.

I hope you enjoyed my guide on Loch Ness! Hopefully you found it useful. Here are a few more wanderlust-inducing articles that I recommend you read next: