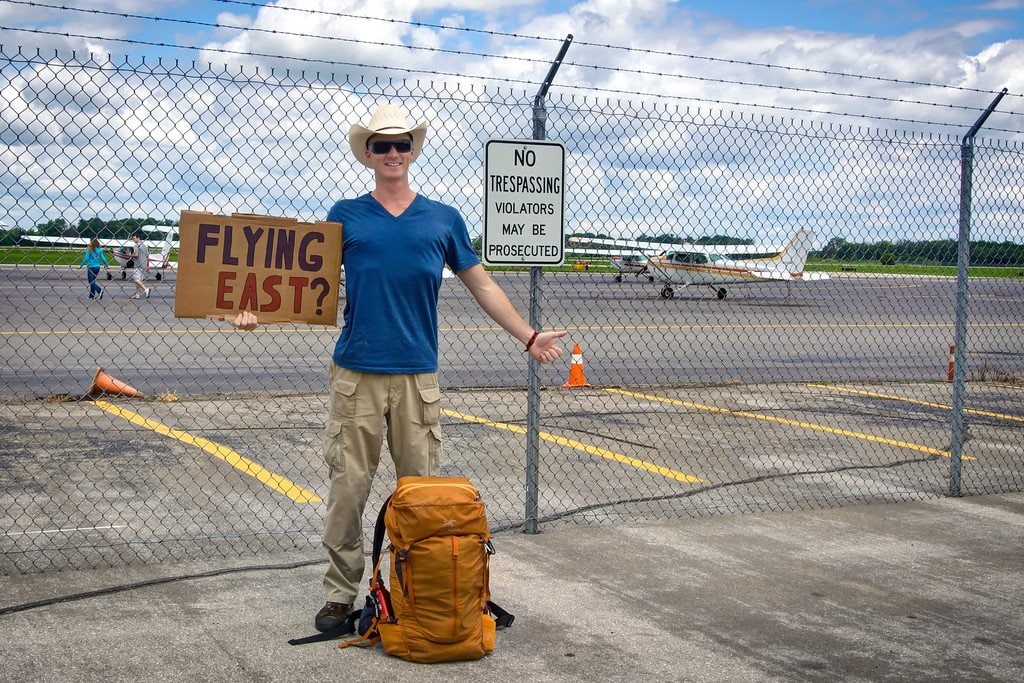 The update you’ve been waiting for. How the hell I managed to hitchhike on an airplane. Even after I was kicked out of the airport.

Day 29 of my hitchhiking adventure starts in Columbus Ohio at the Wayfaring Buckeye Hostel located on the Ohio State University campus. The place is completely packed, but they manage to squeeze me in for a night.

Inside I find multiple dorm rooms, 2 kitchens, and a hot tub in back. Which I happily use to soak away road fatigue with a beer in one hand while chatting to a fun group of travelers from around the world. 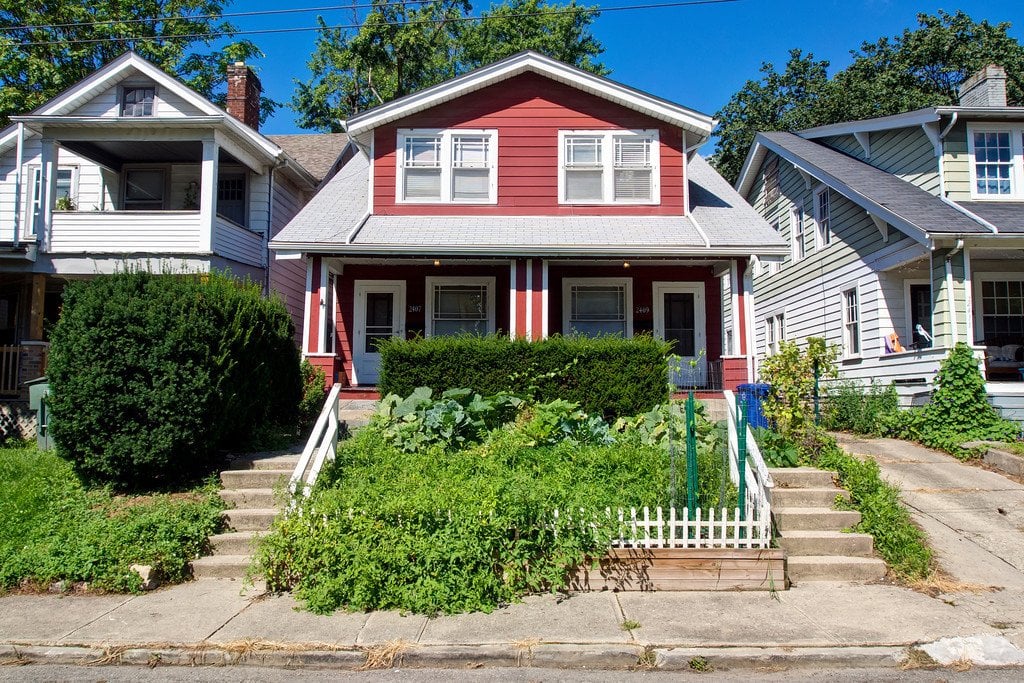 The next day I made my way to the Ohio State University Airport, planning to try and hitch a flight out heading East. Yup. Hitchhiking on an airplane.

I first learned about hitchhiking on planes after watching David Choe’s VICE documentary called Thumbs Up. After doing a bit of research I discovered that while it’s rare, it’s not new.

People have been hitchhiking on small private planes since the 60’s.

The key is to hang out at General Aviation airports, the much smaller local fields that cater to pilots who own their own aircraft. Like single engine Cessna’s with 2-4 seats. These pilots can fly with whoever, whenever, and where ever they feel like.

I’d just have to convince one of them to fly with me. 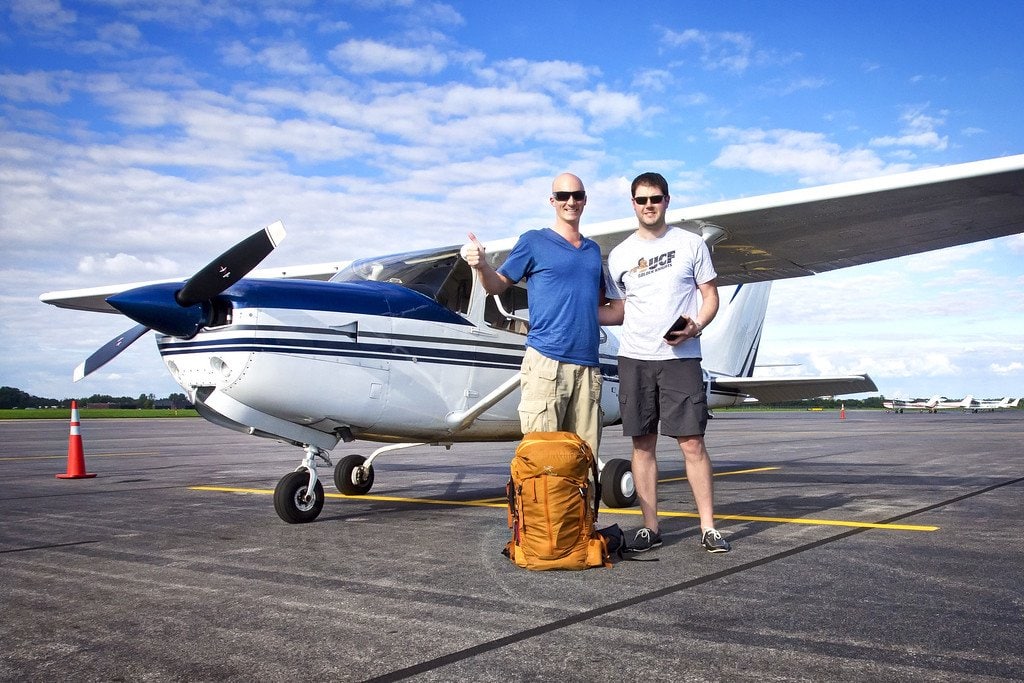 Kicked Out of the Airport

I stopped by the airport’s FBO (fixed base operator) office to let them know what I was up to. The cute girls working the front desk didn’t seem to think I’d have much luck. But they offered to post the note I’d written up on the bulletin board.

Then I walked outside and made myself comfortable near the entrance with a cardboard sign that read “Flying East?” I was prepared to wait around all day if needed, hoping a pilot would be intrigued enough to stop.

Over the next hour, maybe 10 cars drove into the airport past me, some of them laughing, others looking confused. None stop to talk. Eventually an older ground-crew employee (who looks like a supervisor) walks up to ask what the hell I’m doing.

“Don’t you know this is an airport?”

“You can’t hitchhike from an airport!”

“No one is going to give you a ride. Plus it’s private property”.

Damn. He pulled the trespassing card on me. Hitchhiking America on airplanes is not illegal. But it makes people like him nervous. He seems to think I’m wasting my time too. Not wanting a confrontation or for the police to show up, I agree to leave.

However he’s not aware of my backup plan. 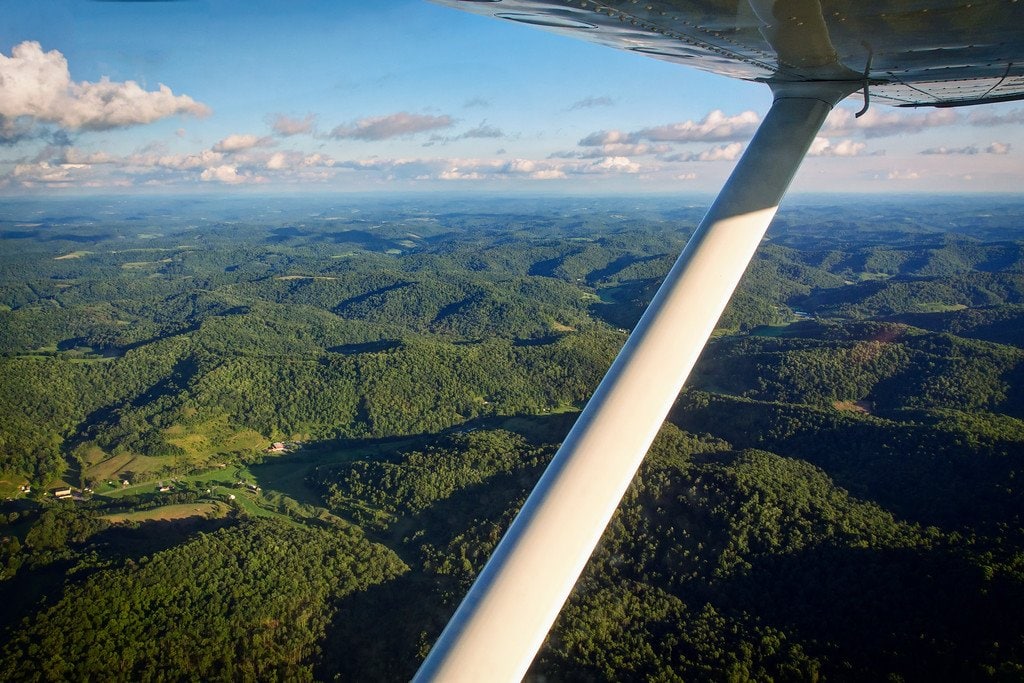 A few days earlier, I used Twitter to let people know I would be attempting to hitchhike on an airplane. Hoping that maybe someone knew a pilot in Ohio. My friend Rachelle tweeted me back saying she knew a few pilots there.

Her buddy Mike was going to be in the area, owned a plane, and sounded interested. We chatted on Facebook.

Mike works in finance, but in his spare time he flies rescue dogs around the country with an organization called Pilots N’ Paws using the single-engine Cessna 182 he co-owns with a few other pilots.

After I was kicked out of the OSU airport, I messaged Mike to ask if he was still willing to pick up a hitchhiker. But would the airport even let me back in? I wasn’t sure…

So I walked to a grocery store & bought cookies to bribe airport authorities. 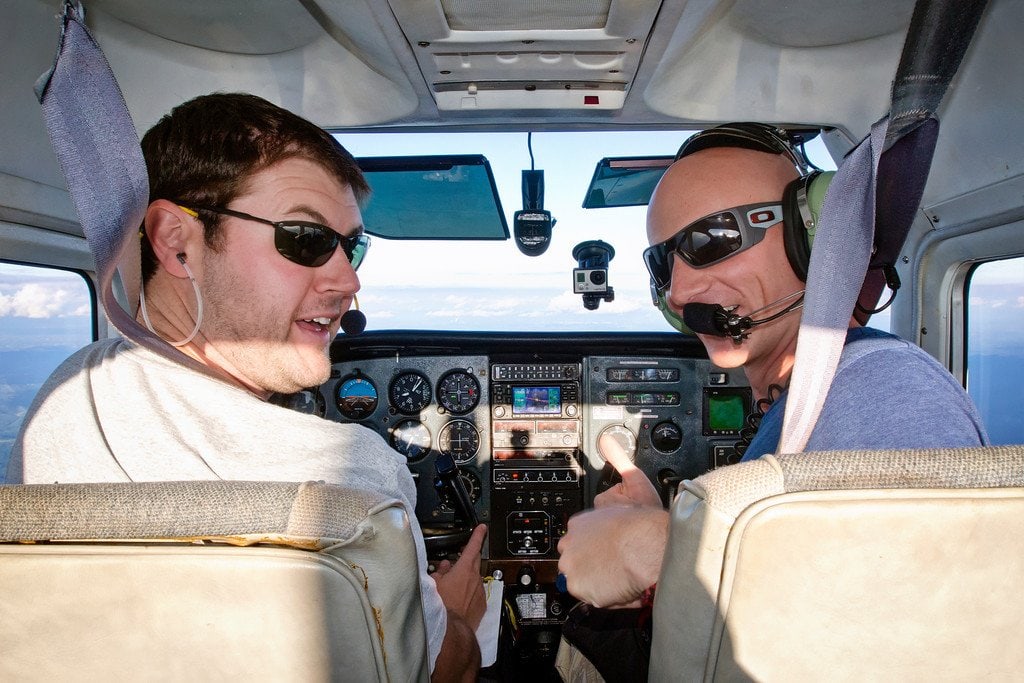 Strolling back into the FBO office, I offer my irresistible cookie bribe to the front desk girls in exchange for allowing me to hang out in the lounge to wait for Mike. They accept. Who in their right mind would refuse cookies?

Later Mike arrives with his friend Steve, also a pilot. They explain that Steve came along to help Mike practice flying blind (with instruments only), but I think the real reason is to help throw me out of the cockpit if I try any funny stuff.

We all meet for the first time, chat for 15 minutes, then walk out to the runway. Right past the same supervisor who kicked me out earlier. The look on that guy’s face was priceless!

The engine roars to a start and we take off into the clouds, spending the next hour talking as we fly to a municipal airport in Morgantown, West Virginia. Our personal electronic devices remain on the whole time, with a cell signal for much of the flight!

It’s fun to listen to radio chatter through the headset, and my new friends explain the world of General Aviation to me, pointing out cool stuff along the way. 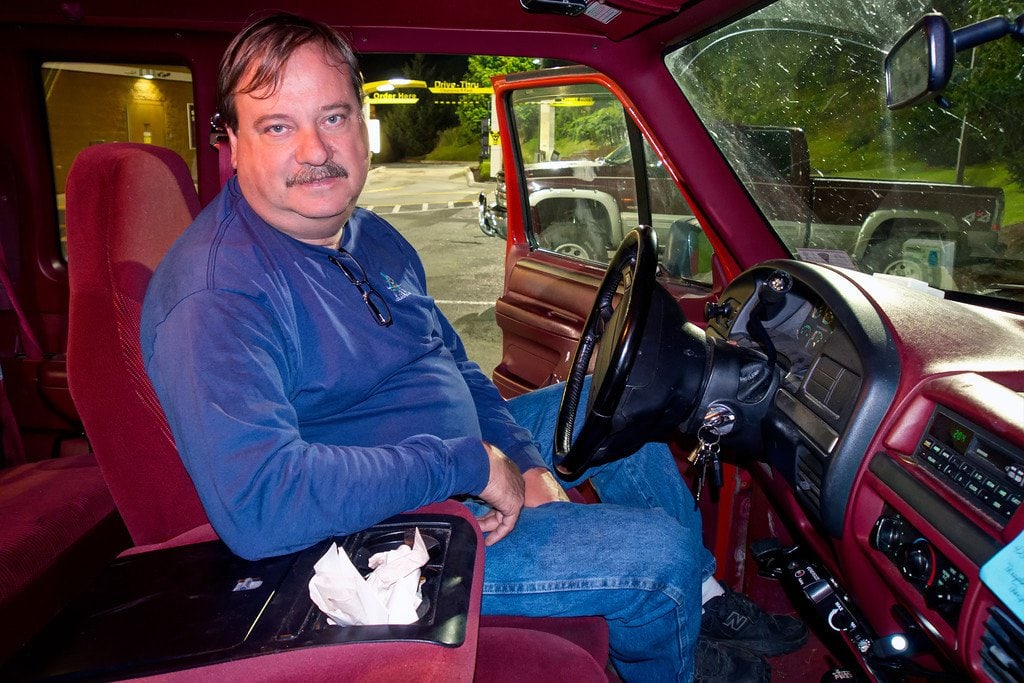 Landing smoothly on the small runway in Morgantown, there’s no one manning the tower telling us where to go. So we just pull up to the building and disembark. It’s amazing to me how flying is much less strict and regulated at these small airports. I share my last cookies with Mike & Steve and thank them for the lift.

The airport is a ways out of town, so my plan is to wait for another flight to land and ask for a ride in with crew or passengers. While hanging out in the pilot’s lounge I meet Mark. He works as an aviation mechanic, but he’s also a pilot.

After explaining my hitchhiking adventure, he offers to drive me back into town once he’s finished working on an aircraft GPS system. He also offers to get me on a plane heading to Alabama the next day. Mark has flown hitchhikers around before. In fact, one time he picked someone up in his truck, then flew him to Georgia!

While I would have loved to continue on to Alabama in another airplane, I was beginning to run out of time and needed to concentrate on making it to the Atlantic coast as soon as possible. ★